The second studio visit in this series took place on Saturday, February 20, 2021 and had us take an intimate look inside Jamaican artist Garfield Morgan’s studio. Scroll down to watch the replay. Garfield L. Morgan is a Jamaican multidisciplinary artist who now resides in Montreal, QC, Canada. Morgan's art has been exhibited in China at the Beijing Biennale, the United States, Canada, Germany, France, Brazil, Finland and Portugal and is included in collections in Jamaica and around the world.

Garfield started his art career as a Graphic Designer after graduating from the Edna Manley College of the Visual and Performing Arts (EMCVPA) in Kingston, Jamaica.

He completed a Master of Arts degree in Painting and Digital Media as well as an MFA in Painting at Stephen F. Austin State University (SFASU) in Nacogdoches, Texas, USA. Upon completing his studies at SFASU, he was awarded the Post Graduate Teaching Fellowship in the School of Art at SFASU.

The Art of Garfield Morgan - In His Own Words

I aspire to awaken the deeper meaning of the journey of humanity in time. The "re-use" of discarded materials and objects, and my recycling efforts are attempts to, "tread lightly", by lessening my carbon footprint on the planet. The elevation of the, "throw-away" or "discard" to art status, is for me a metaphor for the marginalised, oppressed peoples and cultures that I resurrect from destruction and near invisibility to re-engage now. My acrylic paintings, mixed media collages, installations and reconstructions are an ongoing cycle of reflection on man, his engagement with his fellow human beings and his relationship with his environment.

Preview some of the works that Garfield went over in the sideshow just below. To experience more of Garfield’s work, visit his website by clicking the button below the slideshow. 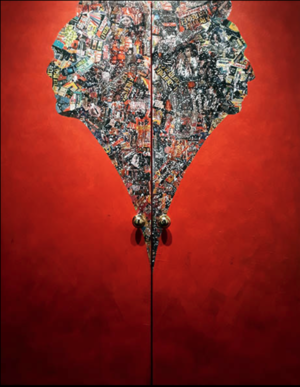 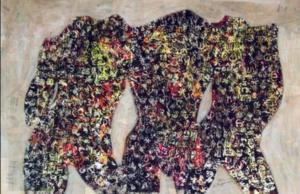 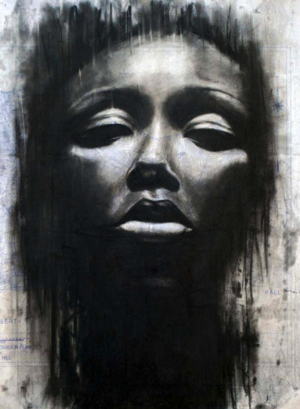 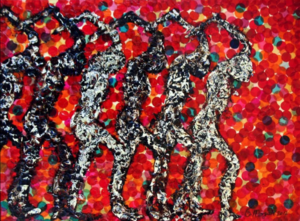 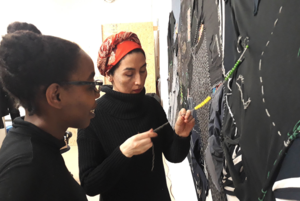 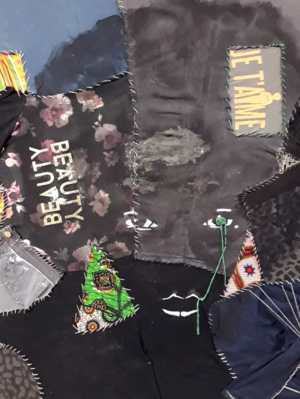 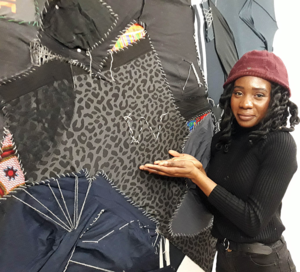 About The Studio Visit Series and Yafa Gowaily

In January, we announced The Studio Visit Series, a creative solution aimed at bringing some of the joy of experiencing back into our lives during lockdowns. Along with Cornwall, ON based Egyptian-Canadian artist and cultural connector Yafa Gowaily, we revealed a series of monthly studio visits that connect us in virtual rooms to artists of all disciplines.

To learn more about the Studio Visit Series, check out our recent Journal entry where we made the announcement.

These free visits are the first of several collaborations that further deepen our growing partnership with Yafa Gowaily. Yafa operates under the moniker of Yafa Arts & Crafts. Yafa will also be joining the Marsoum Art Collection with a series of new artworks in late-winter 2021 (join the Marsoum Insider list to be the first to know).

Yafa, along with her partner Kaiser Moussa, is the driving force behind Fan Bel Arabi (فن بالعربي من كندا / Canada Art In Arabic) is a video podcast that launched in early 2020. Fan Bel Arabi primarily focuses on Canadian artists originating from the Arab World, making it the first of its kind. We crossed paths with Fan Be Arabi when they covered our story and our most recent virtual exhibition, “Comfort In Chaos” by Qahtan Alameen in December 2020.

Learn more about Fan Bel Arabi and watch their past interviews on their Facebook page.

Abdulah Al-Ghoul is a digital project manager and strategist with a background in several industries including hospitality, fine arts and marketing.

Abdulah founded the Marsoum Art Collective in 2018 when he was based out of Vancouver, BC, Canada. He is currently based out of Toronto, ON, Canada.