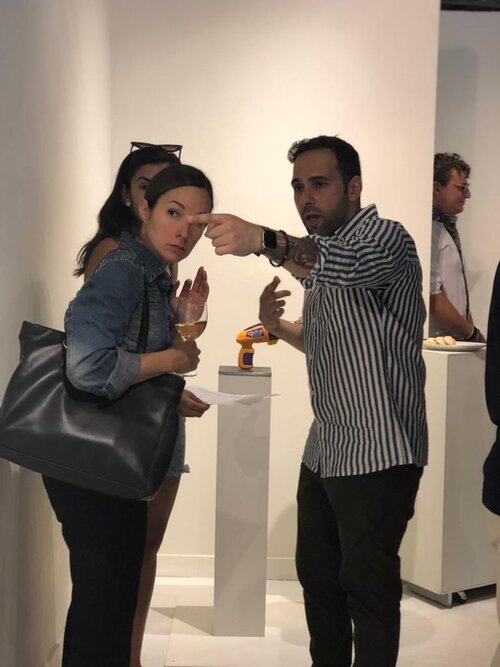 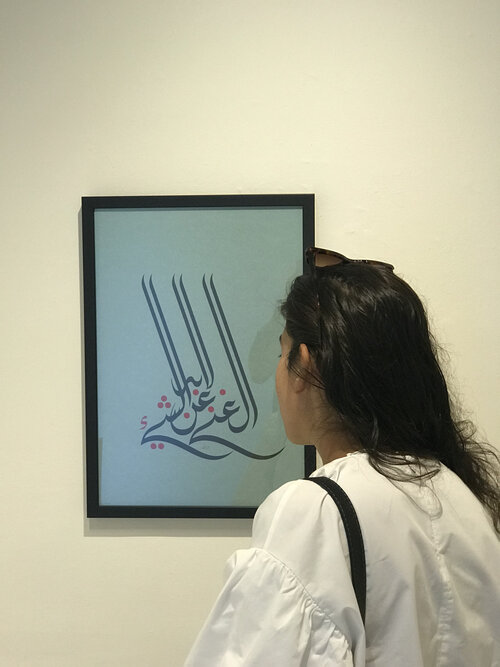 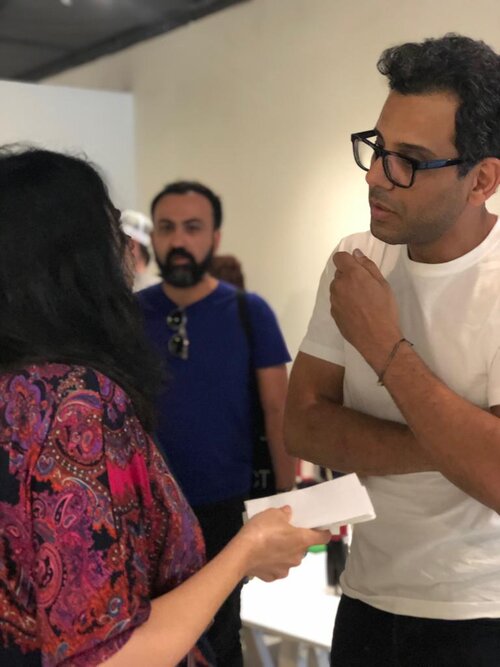 What Inspired “Too Far, So Close”?

The concerns of artists from crisis-struck regions are intimately connected with the political upheavals and economic crises of their respective homelands; and they instinctively and inevitably make an effort to express these concerns.

In recent years, many such artists have emigrated from their native countries, and have reflected on their political (and politicized) identities, and the presentation of those identities in contexts and spaces that are foreign to them.

This has come about from the Eurocentric art market--a market that functions according to its buyers’ exigencies and a so called “global outlook,” rather than an intention to support, protect, and preserve multiple identities and diverse world views. In the realm of Western Art, such identities that fall “outside the global outlook” are viewed, critiqued, and prosecuted through an isolationist lens.

The artists whose work are gathered here tackle the systems of power inside and outside their homelands, both of which render them isolated and "exoticized."

Sharareh Khosravani is a Cincinnati based artist. She received her Master of Fine Arts from the University of Cincinnati. The theme of her work is violence and fear based on historical and psychological trauma. She addresses feminism, violence, and censorship in the form of installation and performance.

Kambiz Sharif is an Iranian artist, who was born in 1978 in Tabriz. He now lives and works in Vancouver. Sharif, having graduating from the Mirak Art School in Tabriz and opening a private studio in Tehran, has used various technical processes and materials throughout his practice, including: wood, clay, model making, bronze and other forms of casting.

Amir Kamand, has been previously featured in three Annual Outsider Art Exhibitions. A former professional skier, Amir Kamand is inspired by pop culture to create colourful sculptures which are currently on display at the Palais de Tokyo as part of the exhibition City Prince/sses, The exhibition is presented as an imaginary, multiple and complex city, without borders, messy, staggering and creative: an unpredictable laboratory, which is always in motion and being (re)constructed.

Violet Modaressi’s work explores the aesthetics of context. She questions the creative force working within and transcending certain moral, religious, or ideological frameworks of revolution and war. She uncovers the nature of this transcendence, how the magnitude of transgressions is so often entrenched in the context of where a person lives or where they are from.

Sheida Soleimani is an Iranian American artist based in Providence, Rhode Island. She combines photography with sculpture, collage, and film to highlight her critical perspectives on historical and contemporary socio-political occurrences. Soleimani is especially interested in the space where art and activism intersect and how social media shapes political affairs and uprisings across the world. Her work has been featured in exhibitions and publications such as Artforum, the New York Times, Huffington Post, Interview, and more.

Adel Bentounsi, lives and works in Algeria. He attended the School of Fine Arts in Annaba, where he obtained his Artistic Diploma in 2007. He also attended the Dunkerque Institute of Higher Education in 2013. Bentounsi's approach consists of answering existential questions, as well as examining the values of morality as part of an exploration of social norms and behaviours.

Mouneer Al-Shaarani, born in Syria lives in Egypt he is considered the most important living Arabic calligrapher of our time. Known for his work in contemporary Arab Calligraphy, Al Shaarani has also become popular for his innovative and scholarly advancements of the traditional calligraphic script. His work reflects the faultlessness attained through pioneering dimensions. In addition to working as a consultant for the International Arab Encyclopedia, Al Shaarani has also published tutorials and articles about Arab calligraphy and Arab Islamic Art.

Hamidreza Jadid’s work addressees his long-term conceptual dialogue with memory and history, exploring elements of Islamic culture and architecture as metaphors to address the central themes of religion and history. Through references to the history of Persian mysticism and its literary tradition, which melds romance and eroticism, Jadid looks to develop a political aesthetic of metaphor as the basis for his reflections on the contemporary situation of Iranian politics and culture.

Mónica Reyes Gallery (MRG) has been backing the growth and development of emerging and mid-career artists at its current location since 2013. Serving the local and international art scene, MRG promotes artist initiatives invested in shaping the economies of art and culture. Located in the heart of Strathcona, the gallery is uniquely positioned to create dialogues with the artists and cultural engineers who call the neighbourhood home. Learn more at monicareyesgallery.com

Abdulah Al-Ghoul is a strategist and digital project manager with a background in several industries like hospitality, fine arts and marketing. He founded the Marsoum Art Collective in 2018.